SPOILER ALERT!
If you intend to watch Star Trek: Into Darkness, you may want to skip this post. Thanks for stopping by, but fair warning is fair warning.
I will not give away any plot points, but "some people" don't like knowing anything about a movie before watching it. (I love you, Brett!) 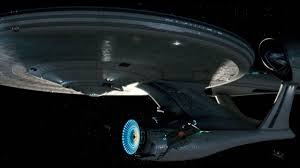 My Movie Whore has been sadly neglected of late, what with my big move and all. I hadn't even intended to let her out of her shell yet, but partway through the movie, I could stifle her no longer, pulled out a pen, and started jotting notes in the dark. SO...

First, with all respect to my beloved, I LOVE Benedict Cumberbatch! So worth watching the movie just for him.﻿﻿
﻿﻿﻿﻿
Oh, it's not a physical attraction thing, no-no. I think if I ever met Benny-boy face-to-face, I'd probably find him too skinny, too aloof, and his piercing eyes would make me uncomfortable. Not my type. But I swoon over his acting talent.

Always great to see on screen, Benedict Cumberbatch does not disappoint in Star Trek. He gives his character such life, such passion...  His brand of villainy is the kind where you love to hate him, even while he makes you sympathize with his cause.(if you've read anything about the movie at all, you know he's the villain.)

Actually, Mr. Cumberbatch would have made a great Spock.
﻿﻿﻿
﻿﻿﻿
I am not a fan of Zachary Quinto's Spock. Leonard Nimoy breathed life into Spock. Even to this day, Nimoy makes you care about Spock, logical as he is. Quinto's Spock is...dry. Even his rare exhibits of humanity feel somehow "alien".

﻿(Jim Parsons would even have made a better Spock, IMHO, but since Big Bang Theory was already running before this Star Trek series began, it would have just been ironic.)

This is a good action movie. Kind of like the last Star Trek. You don't have to be a Trekkie to get into the action sequences. Good fights. Great villain. Iconic characters.

Aside from Spock, I still appreciate the casting of this crew! I have loved every Star Trek captain I've known: TOS' Kirk, TNG's Picard, Chris Pine as Kirk. Okay, I guess that chica who was Captain in Voyager didn't light my fire, but I didn't watch it much, so don't remember her much.

Bones? Pretty even, but I gotta give Karl Urban the nod for Dr. McCoy. Possibly I just identify better because we're nearer in age, possibly I just find him hot as Eomer from LOTR. He won me with his first dialog in the last movie, when he explained his new nickname "...all I got left is my bones." Haha.

Scotty? Even-Steven. Love Simon Pegg, but this character is all in the writing, I think. The original Scotty made me laugh just as much. But I have to say, I LOVE Scotty.

Uhura? I love that she's a bigger role now, but that kind of gets watered down by her mushiness in the new romance created for this series. Nichelle Nichols wins by a nose. (Through no fault of Zoe Saldana, who is exceptional.) It's just the new character-twist that bugs me.

Sulu rocks. Again, seems to have a bigger role now, so overshadows George Takei's take on the role. But this new Sulu? ROCKS! If you're not a Star Trek fan, you should become a fan of John Cho, and watch these Star Trek movies for him.


Random notes from the Movie Whore:
"42". There was an homage - surely intentional, in a sci-fi movie like this - to Douglas Adams' "ultimate answer" as defined in the Hitchhiker's Guide to the Galaxy. (Unfortunately, the line was before the Movie Whore made me start taking notes, so I can't remember how they used it. "Suite 42"? "42 days"? No idea. The Movie Whore's gonna make me watch it again.)

They are flying a shuttle early in the film, which from a distance resembles the Millennium Falcon from Star Wars - (RESEMBLES! I said RESEMBLES! When they come in close, it's too bulbous-y to really look like it, but the overall shape is similar, and the maneuverability seems akin. Geez! Take it easy!) If the resemblance is intentional, kudos for connecting to both HHGG and Star Wars. If not, happy coincidence.

This movie does ascertain to me however, that I am more of a Star Wars fan than a Trekkie... In case there was any doubt. The storyline of Star Wars in continuous, and - complain about the acting all you want - it goes from beginning to end. Star Trek is a bit more disjointed. Like episodes of a TV show.

Finally, I doubt there is a soul alive in the Western world who could deny the iconic status of the Star Trek theme music.


The new theme (during closing credits) by Michael Giacchino incorporates the original, but with punch.

FINALLY, finally, the dedication at the end choked me up. 'nuff said.

AND... I made a comment about this movie within the last week or so on facebook that elicited an odd response.
...Now I am very confused, and must watch Wrath of Kahn to understand the response.

We May Have Reached an Impasse

You’ve seen it on TV before. I know there are scenes in both How I Met Your Mother, and in Big Bang Theory dealing with it, and probably lots of other shows, too. In HIMYM, Ted forced his new girlfriend to watch Star Wars, because it is his favorite movie. She didn’t get it, and he hid the fact of how important the movie is to him.

The dramatic saga of Red and The Transformed Non-Conformist has reached such a roadblock. 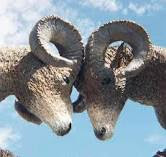 I shouldn’t be surprised. Brett and I have known for a long time that we have wildly different taste in movies. There is some overlap. We have successfully watched DVDs together during most of our weekend visits, and have been to see movies in the actual theater… what, three times? (The Avengers, Brave…what else?) But there are concessions. When I’m coming over, Brett tries to ensure that Netflix sends him something “Red-appropriate” (AKA: not horror) although we did begin an attempt at horror-indoctrination. (Brett put a lot of thought into it, but we never got beyond step one, which was actually kind of an accidental movie and not the one he intended.) When he comes to see me… well, frankly, I’m having issues with my DVD-player, so we are kind of limited in that regard.

I’ve threatened him with Bridget Jones’ Diary, He’s Just Not That Into You, Moulin Rouge, and all kinds of other chick-flicks and classics. Last weekend, I put in Breakfast At Tiffany’s – one of my top three favorite movies, ever.

He hated the characters.
He hated the story.
He hated … well what else is there?
He didn’t chuckle at the bits that make me laugh.

I love this movie. The Movie Whore in me watches it a lot. And quotes it. We - the Movie Whore and I - find Holly Golightly to be a sympathetic character – oh, not that I can identify with the details of her life, but the way she deals or doesn’t deal? The abstract? Yep. I get it.

What to do?
My Love hates one of my favorite classic heroines!

...My new working theory is that Brett has a subconscious tic in his brain that will not allow him to appreciate any movie that is highly acclaimed. He must find fault with it. It's only a theory, but I have some evidence: He doesn’t like Casablanca. He doesn’t like The Godfather. He is "okay" with Star Wars (or so he tells me) but not wild about it. He said he wants to watch Doctor Zhivago (possibly my all-time, most favorite movie). 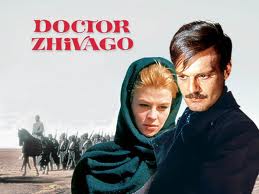 I have a sneaking suspicion he will hate it, too.

I love him. I love Brett, and he can have any opinion he wants. We may be at an impasse on some movies, but you know what? That SO doesn’t matter. At all. If we’re ever in a situation where we have no available movies that we can agree on, there are plenty of other things to do instead!

Poseidon (see this post) is fine, back in the country for the time being (he’s military), and actually we just celebrated his birthday together – YaY! I'd not seen or spoken to Poseidon for about 8 years. Long story short, he reunited with our parents last summer, and when a crisis happened in his life this spring, the girls came to live with Mom and Dad.

His two little girls are a joy.
The girls:
I’ll call the oldest (5yo) Titania because she is SO very fairy-like: An elfin face, running around on tiptoe, fluttering her hands with excitement. She is a child who sparkles. If I posted a picture of her, you'd see it. It’s in her energy, her eyes, her manic grin. I love this girl.

If big-sis is Titania, her younger sister (1yo) shall be called Tinkerbell – just as light as a feather, and well-suited to Tinkerbell-green. Tinkerbell is just as sweet as sweet can be. She’s such a happy baby that if she’s fussy, you know something is wrong. She’s observant, too. She’s already figured out cause and effect: If she makes goofy noises with her mouth, so will all the adults around the table – then she can stop and watch us! Very clever, little lady.

Observations on my brother, after having ZERO contact for 8(give or take) years:
1.This is a kinder, gentler Poseidon.
Although truthfully, he was always a pretty sweet kid…even if I was a snarky older sister who gave him a lot of grief in high school. He gave it right back, so I think we’re even.

2.How did he get so smart?
He was talking about financial matters like saving for his daughters’ education and major money stuff in such a way that he actually sounded more like our big bro Zeus!

3.Family is still family.
It’s amazing to me how little has changed. We’re “all growed up” now, but the interaction is basically the same. As hurt as I was, as concerned as I was for his well-being – none of that matters now. He’s here, and he clearly appreciates his family, whether he agrees with everything we say and do or not.

Seeing him so much in the last few weeks... just like old times, but grown up, I realized that the family feels complete again. I didn't realize it was incomplete.

If you have any estranged family-members, reach out to them. Don't lose hope. Family ties are a unique and special bond, that cannot be denied.

I'm so glad to be back! I can get back on-track with my resolution to post at least once a week!
Posted by Red at 12:17 AM 13 comments: