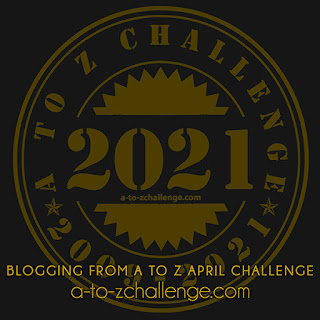 Always wear a smile. Not too big, just enough to take the edge off her natural Resting Bitch Face. The RBF was a gift from her mother, with her down-turned mouth. Thanks Mom. Carli checked herself in the mirror by the door. When she felt like she had a friendly smile, her face looked neutral. So every time she went out she kept smiling (as it felt to her) and made sure to relax the muscles around her eyes to look as innocent as possible. Appearance was everything.

She flipped her hood up to mask her wavy black hair. It hadn't responded well to the straightener today. She knew make-up tricks to turn her eyes more suitably Asian, but today her hair wasn't behaving. Why hadn't she been born with more of her mother's Korean genes visible? She was like her mom in so many ways, but looked more like her Egyptian father. Carli sighed, thinking how sexy that would have been considered 50 years ago.

In the two centuries after the Twin Towers went down, the prejudice against Arabic appearance had faded. Inter-racial couples were common in most parts of the world as recently as a generation ago. But as the Chinese Federation grew in power and influence, a distinct bias grew towards Asian appearance and against - well, everything else.

Satisfied that she looked innocent in her lightweight pink hoodie, wavy hair hidden under her hood in a low ponytail, and suitable loose-fitting grey pants, Carli left her apartment. She held her head up so that the camera in the dingy hall could see her, before lowering her face as she waited for the elevator. It was important to look like you weren't hiding anything.

Look down too much, people wondered.

Look directly at the cameras, suspicious.

Frown too much, people noticed. A short while might be a bad mood, but be careful.

Out on the street it was impossible to tell the Watchers from normal citizens. As Carli walked down the sidewalk she smiled and nodded at a woman sweeping the path in front of her business. Was she a Watcher? Carli didn't know. It was well-known that the Runners paid for information on citizen activities, so Carli never offered a hint at questionable behavior. She garnered suspicious looks just for not being Asian enough. Why tempt fate?

She passed the armed soldier at the crosswalk without making eye contact. He didn't seem to notice her. She stopped at a vending machine for an iced coffee, watching more armed soldiers passing on the street behind. Continuing on, Carli offered a friendly nod to any strangers she saw, but never stopped to chat. Passing the time of day with strangers was a dead tradition.

She walked around the block and down to a small store with an alley running along it. In the alley she backtracked a block, looking over her shoulder periodically. When she entered the low brick building around a corner, no one observed her except the ever-present cameras. It was the cameras that reminded her to keep her head up and always move with confidence.

Upstairs in the sound-proof room, Carli put on her headphones and tested the equipment. Her producer gave a nod through the double-paned glass and she saw a red light glow. "Welcome to Radio Freedom," Carli gushed into the mic in front of her. "Coming to you tonight on am1250. Tell your friends. Remind them they matter. Freedom matters. Being who you are matters. We are here to tell you you are not alone. Keep up the fight, friends! This oppression will end!"

She had no idea who she was talking to, but small triumphs happened daily - an office and all its records destroyed here, a corrupt official deported there, a family moved to a safer household in another place. Rebels were listening, and they were acting on the knowledge that others felt the same.

Two hours later she took a break from reading listener-letters and encouraging people struggling against the troubles of the day. It was a live broadcast, but would be recorded and re-broadcast later. Their frequency changed regularly. Most people found them on the dark-web post-broadcast, but the AM station was a good starting point. Ancient technologies were under-monitored.

From here, Carli would go to her paying job at her mom's Asian grocery. She could only work in the back room, because she didn't look Asian enough for the front. The bias was rampant, but she hoped her broadcasts were helping.

What would you do? Would you be a part of the rebellion against an oppressive power? I honestly don't know what I would do.

Thanks for visiting my #AtoZChallenge! All month I'll be writing flash fiction, with the theme "Audience Participation".
Now it's your turn, lovely audience member. Do you have a writing prompt to suggest? Don't worry about choosing a letter of the alphabet, just leave me a word, a thought, a place, a concept... anything! and I'll add it to the list.

My "Freedom" story came from the prompt "Dystopian" provided by Iain Kelly of IainKellyWriting, in a comment left on my A post, here. I'm not sure I hit that prompt on the head, but it sure stretched my chops!