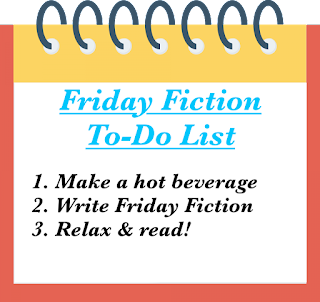 Time was condensing. Triselle could feel it. They had warned her it would be like this.

After being taken by the Company into the Twenty Years future, she had insisted on returning. There were rules of course, and she had to stay longer in confinement to have the New Regime brainwashed out of her... which it basically was. She had been retrained for fitting into her own time and after proving herself before the jury of her peers, Triselle was permitted to return to her time.

But her Time-trainer had been talking to the tribunal as the jury left the room, and Juror number 6 - Triselle's lucky number - had passed close by and warned her, in a whisper, "Time will condense near the end." Triselle had no time to respond as the column of jurors filed out, but she caught the eyes of the next two jurors, who both nodded. Were they confirming what Juror 6 had said, or nodding for their own reason? Triselle would never know, but now that time was condensing, she believed they were confirming the assertion.

She had asked for two years grace in her own time line. It was exorbitant, according to her Time-trainer, but she insisted. Triselle thought she understood how bargaining worked, and asked for more than she needed, hoping instead for a year or eighteen months.

She'd asked too much, and was granted only two months. Not nearly long enough to set up her son for success in college and wrap up her life in her time. Of course she couldn't say anything about her impending departure or she'd be pulled immediately. All she could do was relish each hug and bite back her words when she wanted to argue with her teenage son. He'd be going through a lot soon enough.

Now that time was condensing, she had less time each day to do anything. That was the trick. One hour became 50 minutes almost unnoticed, but when three hours passed in the span of a load of laundry - which ran on local time - she knew it was way too fast. She'd be gone sooner than she thought.

Instead of resetting her watch to the clock, she began keeping it status quo for comparison.

When her son returned from school an hour - by her watch - after he'd left in the morning, she splurged on his favorite foods for dinner. She said no goodbyes, but had taken the time to put her papers in order and talked with her sister about custody in case "the worst" should happen. It was as much as she could do in the two months allotted her.

In the morning, Triselle was dead. There was no returning to Twenty Years. She'd known that she returned to a death sentence, and returned nonetheless. Her sister arrived that afternoon as Triselle had requested, but had been surprised to find her sister dead already.

Two months. She'd bargained her life for the small difference that it made.
And she'd never know if the difference mattered.