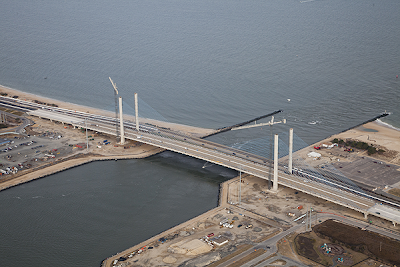 Big things happening today.
Big things.
Expensive things.
Formerly controversial things that had to be done anyway, so got done.

One glance down at my “About Me” blurb shows I am in Delaware. (Second smallest state in the union, oh yeah!) I won’t go on about Delaware in this post, but here’s what people know, but don’t know they know: You’ve seen us! That is to say, most folks my age or thereabouts have seen that funny, campy, SNL-based movie “Wayne’s World” (Party on! Excellent!). Remember it? Mike Meyers and Dana Carvey? Lots of rock-n-roll? (Don’t even try to tell me you didn’t head-bang to Bohemian Rhapsody along with them!) I depart work, often, with a “Party on Wayne” to my coworker, who responds “Party on Garth”.
…which I guess makes me the uber-dweebazoid here. Wait. Hmm…

ANYWAY…That scene when Wayne and Garth are on the new set and are trying out the green-screen? They dance around like cowboys in front of a picture of the Alamo, do the hula in front of the beach, a couple other things, and then a background of [a postcard of] Delaware comes up and they can’t figure anything to do. Haha. (Chickens and Credit companies, that’s what we do in Delaware. Chickens and Credit.)

ANYWAY…That background was a common postcard when I got here. (I honestly haven’t perused postcard racks in a very long time, so I would HOPE it’s gone by now, for reasons which shall become clear.) The shot is of the Indian River Inlet Bridge. The inlet itself connects Delaware’s inland bays to the Atlantic, and is a vital traffic conduit between the various beach resort towns. But...
We have a new bridge.


Voila! ...wait! My upload totally didn't work! It put my picture of the new bridge at the top! How lame. to continue:

See? Totally different. Well, of course the cranes are still up in this picture, which is distracting. They are coming down today.

I could give you all kinds of history about why the new bridge was necessary (and not just a fancy upgrade, as some contended) or link you to a (to me) fascinating stop-frame video of the construction, but that link would slow down this site, I’m sure. It took seemingly forever to build so with one photo per day, it’s a long video.

Oh yeah. It’s a big deal. They’re making a big thing of the governor being the first person to drive over it.
So I guess, happy Delaware! Now let the destruction of the old bridge begin.

p.s. I’ve been obsessed/fascinated by bridges since a young age. Sorry if this seems kind of lame, but it’s been intriguing following this process.

p.p.s. other awesome bridges include the Bay Bridge and especially the Bay Bridge Tunnel. Maybe living on a peninsula has fed my obsession.
Posted by Red at 11:53 PM