The Trouble With Men Is...

(ha! Thought that would get you!)

I play a unique role in the world of the men in my life. I’ve always been one of the guys. My dad had football (American-style) chalk-talks with me during summer vacations in Junior High – that kind of “one of the guys”. But I realized what makes my “one of the guys” different from most women’s “I’m one of the guys” is the boarding school factor. Seriously, that one factor seems to have colored the person I am more than anything else. Forget about the school, whether I liked it/them or not, whether I fit in or not, let’s think socially.

First: Dining. If you live at home, then regardless of the gender of your closest school friends, you eat with your nuclear family –
well okay, when I was a kid, people ate with their families. But away at school, eating in a dining hall, you eat with your friends. So the half-dozen guys I hung out with and maybe my roommate would share a table.

Second: Evenings. If you live at home, when the extracurricular activities are over, you eventually come home to siblings and some type of parental unit. At the school I eventually graduated from, we had mandatory “study hours” when students were to be in their rooms and quiet – hopefully studying – for an hour and a half. If you made the honor roll one semester, you were exempt from study hours for the next semester. It took me one semester to become free of study hours forever because they didn’t accept my honor roll from my previous school. After that, although not allowed inside the dorm of the opposite sex during study hours, my friends and I would gather at the gym to play cards for the time. (I found out at a high school reunion that one guy worked really hard to get off study hours so he could spend that time with me. AWWW!) 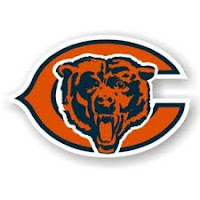 In America, this is football time.

I am a fan. I spent my Sundays hanging in the guys’ dorm lounge watching games and giving the occasional back-rub, while the girls’ dorm played some silly chick-flick. After football season, I’d be downstairs in the guys’ dorm shooting pool, or out on the quad with the skaters.

In all that time, I apparently absorbed some “male” tendencies. I’m not saying I scratch myself in public (Ash), but while in college, a roommate once accused me of “thinking like a guy”. I don’t remember what about – priorities, movies, manicures? Anyway, I get men. I really understand where you’re coming from most of the time, and I can empathize!

Except when it comes to relationships. Thing is, I hung out with the guys. I really didn’t do much dating. Relationships with boyfriends were relatively short-lived, because it was just too weird! Here’s this guy who taught me to shoot pool, who was Dungeon Master of our D&D game (yeah, I was THAT KIND of nerd), and suddenly our whole interaction is supposed to change? Don’t get me wrong, I didn’t mind all of it, but it was the girly-stuff you guys expect of a girlfriend that was a big-time FAIL for me. I don’t know that emotional stuff.

Nowadays, I seem to be a kind of touchstone for male friends of mine when their relationships fail.

Case in point A: Guy I knew in PA. We were in a play together and became friends. Turned out he lived nearby. I went to his movie nights and other parties. We had a good time…actually there’s a funny story in here about how he thought we were dating, but I didn’t get it, but that’s beside the point of today’s post. Eventually he married a former flame from high school who was recently divorced. Fast forward a few years, and my phone rings. It’s him, telling me she asked for a divorce. We talked off and on for months until he started dating someone again. (I get it: most women are very suspicious of a platonic relationship their man has with another woman.)

Case in Point B: Another guy from PA who calls me very randomly, always between girlfriends. Finally I have stopped answering his calls because he seems to only be able to talk about movies or theatre, and I just think there’s more to life than that. …and it’s always a long conversation. …and he’s usually drunk, apparently. A two-hour drunk dial? I think not.

Case in Point C: Old friend from the Chicago days got in touch with me a few years ago. This guy is, on paper, perfect for me. It never worked for us in Chicago because he loved to push my buttons and I have no tolerance for that. Now we live a continent apart. We get on great over the phone. When he was back in Chicago visiting family, twice it worked out that I could be there simultaneously. Good fun. But that’s all. Old friends.

I finally figured it out. When a relationship fails, 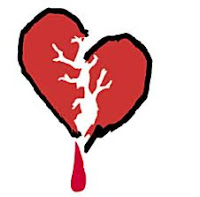 girls collect with their girlfriends and analyze what happened (I think). But maybe guys just want to be reassured that there is at least one, eligible, available woman who has characteristics that are desirable! (We were friends for a reason, after all, even if it went nowhere else.) Does this sound on track, guys? (I really want to know.) Or am I completely blind and these guys are hoping I’ll be the next in line for them? (Not inconceivable.)

This is all coming up because of my impending departure. I met this guy by being cast opposite him in a play. Twice. He’s a good guy, and I was urged for a long time to date him. I don’t know if he was urged similarly. It never happened. But we’ve stayed friends and are in occasional contact . Well I ran into him in the grocery store recently and told him I’m moving to Indiana.
His response? I love Indiana! Indiana’s great – I get there two or three times a year!
Why is he telling me he visits Indiana? Does he expect us to get together there, when we didn't while we live near each other? My guess is that he doesn’t want to lose his single-girl touchstone.

I’ve gotten a few “You can’t leave!”s from various guys I know in the area, who I’ve either dated non-seriously, or not at all. I assume they’re just being polite. I don’t know what they could expect me to stay for. If they need a between-relationship-female-perspective, I’ll still be reachable.

Now that you know the whole spiel, am I smoking crack? The "female touchstone" idea is the only theory that makes any sense to me, because clearly there is no interest in a relationship coming from these guys. I’m so confused.

Today’s reason to Celebrate (thank you, Cranky&Difficult):
On this date in 1775, Patrick Henry (An American Patriot, for my non-US readers) made his “give me liberty or give me death” speech. Rock on! Sounds like a reason to toast the man.
Posted by Red at 10:59 PM