I registered late for the A-to-Z blogging challenge this year, but I'm going to do it. In past years, I have done flash fiction inspired by readers' comments, and I'm happy to do that again, but this month the fiction will be peppered in amongst other random topics of my choosing. So suggest a story idea in a comment if you have one, otherwise I hope you will find my mental meanderings amusing!

Japanese game shows are crazy aren't they? Have you ever watched one? About 15 years ago one was picked up by some cable channel in the US, and dubbed over in English ... incorrectly and hilariously ... and now my husband is finding it on IMDB TV. Have you ever watched "MXC" (Most Extreme Elimination Challenge)? 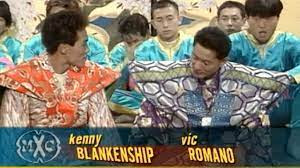 Personally, I can't. Maybe I would find it funnier without the insane dubbing, but Brett is entertained by the over-the-top trials contestants are put through.

Now that we are in Asia, with Vietnamese Netflix, more Asian options appear in the queue. I decided to try a Japanese ... sitcom? drama? half-hour long, not very funny, but not very dramatic dramedy? It's called "What Did You Eat Yesterday?" and follows a gay couple in Tokyo. 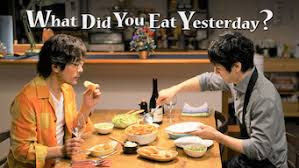 One is a very good cook, and so each episode includes the cooking of a meal, with details such that if a person were to take notes, one might learn to cook Japanese dishes! The premise is intriguing, and there is some tension by the nature of addressing homosexuality in a culture where it is still somewhat taboo. But it moves incredibly slowly, and therefore I am watching it slowly. There's only 15 episodes so it shouldn't be taking me this many months to get through it, but I have to be in just the right mood.

Then recently, we found this gem: 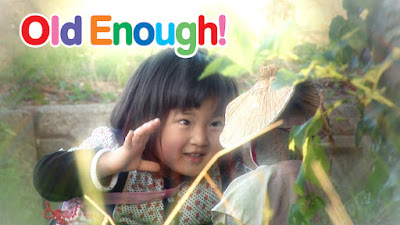 It's the best: very sweet and wholesome, while still funny to watch. Each episode follows a different 2-4yo as the child tackles his or her first ever solo errand. Apparently the show has been running for 30 years in Japan, but Netflix has only 20 episodes. Cherry-picked episodes, I'd have to guess, since at the start of each episode they list the year that it was filmed: 2008, 2011, 2018... a wild mix. I hope Netflix gets more of this because it is really very fun to watch.

(Note: This post does not address Japanese horror movies, which is a completely different subject altogether!)