If you live on the US east coast, you are blessed by Wawa convenience stores. Treasure your Wawa!

(As I recall, "wawa" is a native American word for the Canada geese that commute through the US. Wawa's logo is a silhouette of a goose flying past a sunset.)

(Also, this is not a paid endorsement. Just my very strong feelings about convenience stores.) 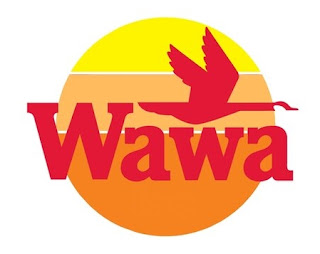 The Wawa between my home and work had about 20 pots of coffee going during peak hours, closer to 10 during slow times. Regular, decaf, dark roast, french roast, hazelnut, vanilla... I don't know what all flavors. I usually filled my cup half way with dark roast and topped it up with hazelnut. (I don't use cream, so the hazelnut coffee added a nice flavor.)

Once, when road-tripping through the north-central states, I was flummoxed by the coffee at a gas station there. I had filled my tank, then went inside for some go-juice, and stood in front of the two enormous urns of coffee for long enough that one of the locals noticed me. "We only use the high-octane stuff out here," was his response to my silent staring.

(To my foreign readers, in the US, there are a million euphemisms for types of coffee. "High octane" means regular, not decaf. It's meant to insult someone who drinks the "weak" stuff.)

That's what baffled me! There were no labels, but two identical urns. Both plain coffee.

More than just coffee and (often) gas, at Wawa there were touch-screen customized sandwich stations. Oh, but wait! Not just sandwiches! Soups, sides, chili, breakfast sandwiches, all with a few taps on a computer screen. They had experienced cashiers who kept the line moving so you knew that if you stopped at the Wawa you could be in and out in minutes.  It was clean, well-stocked, and well-staffed.

When I moved to the Midwest, convenience stores were somewhere in between. Most offered hotdogs from a roller-grill. Some had pizza under a heat lamp if you wanted a slice. The coffee offerings varied but none approached the mind-bogglingly extensive smorgasbord of coffee that Wawa provides.One convenient difference (to me) was the ability to buy beer! In Delaware, alcohol is only sold in liquor stores. Period. So it was truly an added convenience in the Midwest.

Now, in China - Totally different ball game! Forget about coffee, unless you prefer bottled iced coffees. Coffee in China has a limited presence and absolutely no game. Fuhgeddaboutit. But there was a 7-Eleven near my subway station where I would often grab a pack of sushi to bring home for my supper. Americans joke about eating convenience store sushi, but it does not apply here! Some of the convenience stores had a sort of hot lunch offering. Not like the touch-screens of Wawa, but you could go to the window and point to what you wanted; they'd package it up for you and take it to the cashier. I usually didn't, because street food was fresher and cheaper. (Made while you watched instead of sitting under heat lamps.)

Here in Vietnam? They have mini-marts that are basically a small grocery store. Nothing like convenience stores in the States. No need! There are five or more local coffee shops on every block with fresh, delicious Vietnamese coffee for you - to stay or to go. And for food, there are small food carts and pop-up noodle shops on any street at the right time of day. It's a different world.

Wawa wins the convenience store wars in my book. If only they had quality, cheap sushi!

How do you get your quick grab-n-go snacks and drinks where you live?