A is for Amsterdam

We visited Amsterdam when I was 13. 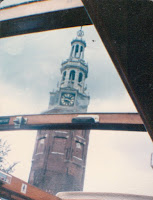 We were on our way back to the States for a year’s furlough away from the mission field, and took four weeks to caravan around Europe – that’s euro-speak for “camping”. We rented camping equipment and a van, beginning in… Amsterdam!

We didn't especially spend time in Amsterdam, to be honest, but we had a layover there during our journey from Asia. I think we only spent a day or two in Amsterdam on the outset of the trip, and another day when we returned to catch our plane to Chicago. 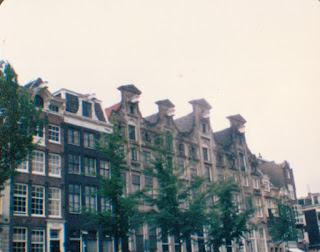 So what was my experience of Amsterdam? No hash-bars, I can tell you! 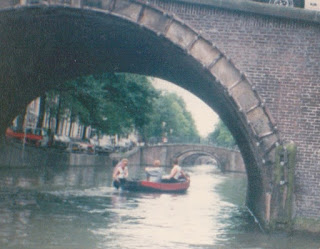 I have a lot of pictures of the buildings – so close together they were touching. I’d never seen anything like it before! And a tour by canal boat, which named points of significance that I no longer remember. Perhaps the house where Anne Frank wrote her diary was included on that canal tour, but I hadn't read it yet, so if it was pointed out, it didn't stick. I also noticed tons of bicycles. Much more popular than state-side. 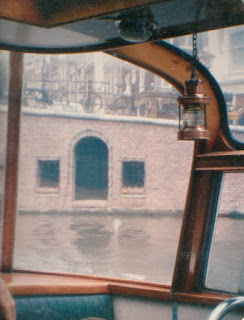 This was my first experience of Europe, so my memory is more images of things that differed from the US. Narrow streets, small shops, architecture. All the signs looked so foreign, even though Dutch uses the same alphabet as English. We bought tulip bulbs, and delft blue tile-art, some of which are still used as coasters at my parents’ house. We visited the diamond market and watched diamonds being ground from mere pebbles into shiny gems. It all seemed so ordinary!


I remember one big public square. Cobblestones, probably a column of some sort with a statue on it, and my big brother chasing through a flock of pigeons. I think he was imitating some movie he saw. (this picture was either right before or after that) 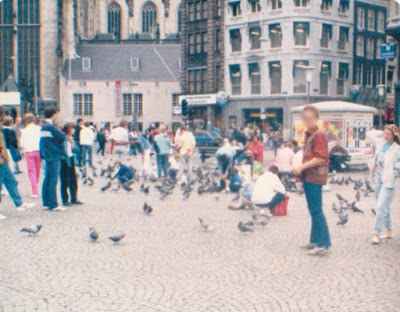 Traveling is different when you’re young. As an adult, I’m more conscious of places of note. As a kid? I remember the campground we first stayed at, miles outside of the city, on our first night in Europe.  It had a great playground, lots of place to walk and run, even a water-play area on a lake. We met other English-speaking campers everywhere we stayed, so it was like a new party every night!
The playground.
It was great.
It was large, modern, I remember climbing a lot.
I remember walking back to the camping area with another English-speaking girl.

But I never noticed Anne Frank in Amsterdam.

The moral of the story: Enjoy every minute.
Posted by Red at 7:00 PM