E is for Elephant


I’ve only ever been on an Indian elephant, but I’ve done that twice.  Most notably was the summer I turned 15. We were living in Sri Lanka and had decided to take a short family vacation to the southwest coast, where the resorts are. We would drive down the day before my birthday, stay the whole next day and spend the night, and drive home the day after. 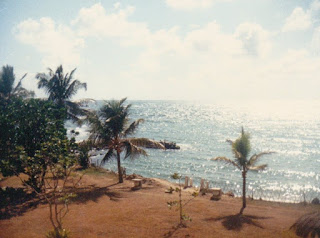 Our trip was extended, not by our choice.

Most of my birthday was spent pool-side, I’m pretty sure. We could see there was a trio of young Sri Lankan men walking an elephant up and down the coast, offering rides to the tourists.

That night the chaos began, as we discovered the following morning. All set to check out, we found out there was an island-wide curfew. No one was allowed to be on the roads, so we extended our stay by (what turned into) three extra nights. During those extra days we went snorkeling in a glass-bottomed boat and yes, took elephant rides! 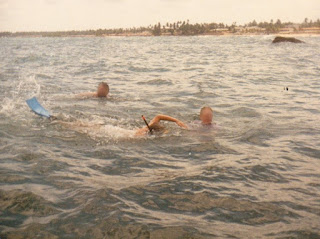 There are/were two main cultures in Sri Lanka: Sinhalese and Tamil. Separate languages, separate identities, separate religions - and tension had been rising over the past few years. Suddenly that weekend, riots broke out in various places. When we went to the beach, we could see ships belonging to the Indian Navy on the horizon. (Sri Lankan Tamils are closely tied to the Tamils in Southern India, and the Indian government took a stand.)


On the other hand – Oh look! An elephant! 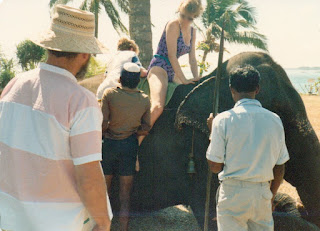 Finally after days, the government lifted the curfew for a few hours so that people could go out and get supplies. (You think Americans are bad when there’s a storm coming?) We needed two hours to get to Colombo, where we could stay with fellow missionaries, if there wasn’t time to get up the mountain to home. As we drove the road between the resort and Colombo, power lines were down across roads in numerous places – they had been used as barricades the night before. The closer we got to the city, I started seeing dozens (hundreds, it turned out) of public transit busses, burned-out shells, all along the road.


Military personnel were everywhere. Standing in the roundabouts with rifles, ready to move if anyone rioted.

The thing is, this is still my favorite birthday. Terrible things were happening in places, but they weren’t rioting because of *me* or even any issue that personally touched me. And in the meantime, I had just had a FIVE DAY resort vacation. I think this was the beginning of my becoming jaded to tragic news events.


The Moral of the Story: When life gives you riots, STAY PUT! (and ride an elephant if possible)
Posted by Red at 7:00 PM