G is for Germany 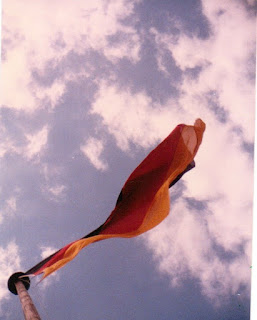 Funny story. Years ago, a friend who had been serving as an au pair in Europe told me she had taken a trip into Germany, just because she was there. She went to the site of the post WWII trials in Nuremburg, and as she paid her tour fee, saw a tour group heading around the corner down the hall.


Clerk: The next tour leaves in half an hour.
My Friend: Can’t I just join that group that just left?
Clerk: I’m sorry, no. You must wait.
Friend: Well aren’t you just the tour-nazi! *gasp* I’m sorry! I didn’t mean…
Apparently the clerk was unoffended, probably used to loudmouthed Americans. I imagine it’s a uniquely American colloquialism: If someone is particularly strict in what they do, they get labeled the “whatever-nazi”. We had a “Dock-nazi” at a marina where I worked. “Hallway-nazi,” “Supply-Nazi”… we just don’t even think twice!
But that is not my story. 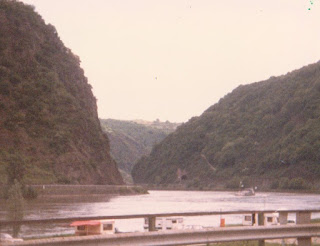 I am German. Actually a 7th-generation American, but with a well-defined German ancestry. With a deep German history on both sides of my family, naturally, the tour we embarked on in Amsterdam involved much time in Germany. What do I recall?
Castles.
Like this “floating castle” in a river. 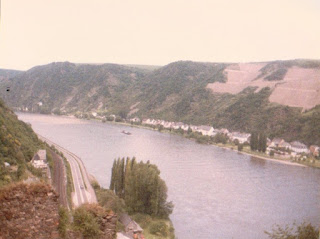 This was the view from one such ruin.
Food. They drink beer with breakfast!
Did I mention castles? Did you know that the “princess castle” famed by Disneyland/world themeparks was modeled after Schloss Neuschwanstein in Bavaria? We took the tour. Technically, this “castle” is too new to be a true castle. It has running water.
We sought records of births/baptisms in churches in the northern state of my paternal antecedents. We think, maybe, we found one. But who’s there to verify? On this whirlwind four-week European vacation, we weren’t going to stay in one place long enough to seek final clarification. It was good enough to get a “probably”. We now had seen where we came from, farms – more modern, but probably in some ways much like – those of my father’s father’s father’s fa… 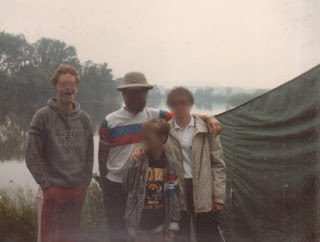 Mountains and rivers. We even camped by a river.
Moral of the story: It’s pretty cool to see where you came from, if you can manage it. Even if there's no family left there.