D is for Delaware

A geography lesson for you.


Delaware is a coastal state. It is not in New England.


Technical “central Atlantic”, southern Delaware actually has a more “south Atlantic” climate. Check it out on a climate map. This is where I lived for 12 years – longer than I ever lived anywhere. I miss it.

There are so many directions I could go with this post, but I've decided to ramble. (That is not common for me, so bear with me.)


Now that I live in the Midwest, I often have to clarify that yes, Delaware is coastal. I always define it as, "When you hit Baltimore, cross the Chesapeake Bay and keep driving east," because even in the Midwest, most people consider Baltimore coastal. 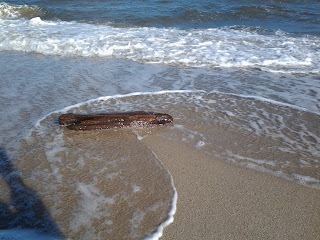 I miss it. The last 7 years I lived there, I was in a tiny cottage just a block from the beach. I walked on the beach, a mug of Earl Grey tea in hand, the majority of my days off, and frequently in the evenings. The sound of the surf and the light and peace were soul-cleansing. I can go for walks now, but it's not the same.


During my time in Delaware, I tried to broaden my experience. ﻿﻿﻿﻿﻿

﻿﻿ ﻿﻿
I took the ferry to New Jersey just for something different.
Toured the local winery.
Toured the local brewery, several times.
Hiked in the State Parks.
Visited historical sites.
Participated on a wetlands committee.

﻿ ﻿
I've been kayaking, para-sailing, and took surfing lessons.
I watched a fin whale play in the extremely deep inlet between the ocean and the inland bays.
Observed (and helped crowd control) the release back into the ocean of a rescued baby seal.
I did the Polar Bear Plunge TEN TIMES! (in water between 36-43 degrees Fahrenheit)

Since relocating, I try to continue that immersion attitude. I may miss the beach, but there is something interesting to do no matter where you are.
﻿ ﻿Indianapolis is home to the second highest number of military memorials in the US. (Washington D.C. is obviously number one.) I haven't been to all of them, but I have climbed the >300 steps to the top of the Soldiers & Sailors Monument in the heart of the city.

Last year I participated in five 5Ks, one of which has become my new annual event, replacing the Polar Bear Plunge I used to do.

Brett and I took a day to visit several old covered bridges - can't find those in Delaware!
We've been to an old town fair.
We explored the catacombs below the city.
We saw a clown parade! 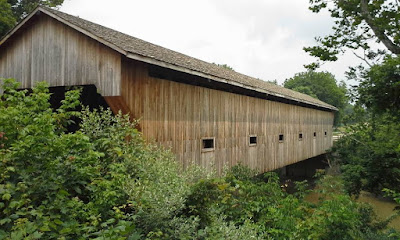