L is for Loch Ness

I’m a nerd. You might not be able to tell that from this A to Z challenge, but I am. A Star Wars (and Trek) loving, Monty Python quoting, bookworm of a theatre nerd. If it’s crazy, I probably want to know more.


When I was a kid, I believed in the Loch Ness Monster.

“Believed” might be a strong word, but I REALLY REALLY WANTED it to be true. I read articles, the logical arguments for how this creature could possibly exist, what she may look like, expeditions to discover her, and why she was so elusive. I SO BADLY wanted to be one of the people to find definitive proof.

During our family European trip, in addition to tooling across northern continental Europe, we spent a comparatively large chunk of time in England and Scotland. 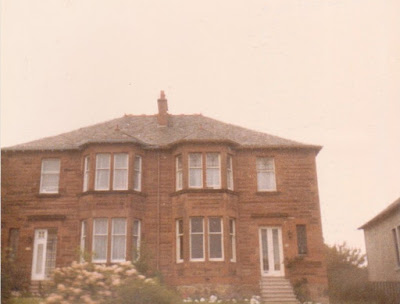 We ferried across from Belgium, saw a bit of London, some ruin somewhere north of London, Hadrian’s Wall, Edinburgh, and stayed at a B&B near Loch Ness. (It’s MIGHTY cold that far north, so my parents had compassion on us, and left the tent in the van that night.) 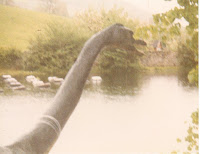 Driving around the Loch, I could’ve sworn I saw some weird shadow that may have been Nessie. Several times.


When we finally stopped in a town to do some tourist-ing, it became pretty clear that it’s all a joke to the locals. 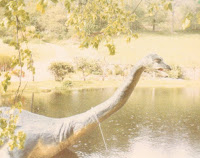 Moral of the Story: Know when to let go of your childhood dreams.
Posted by Red at 7:00 PM